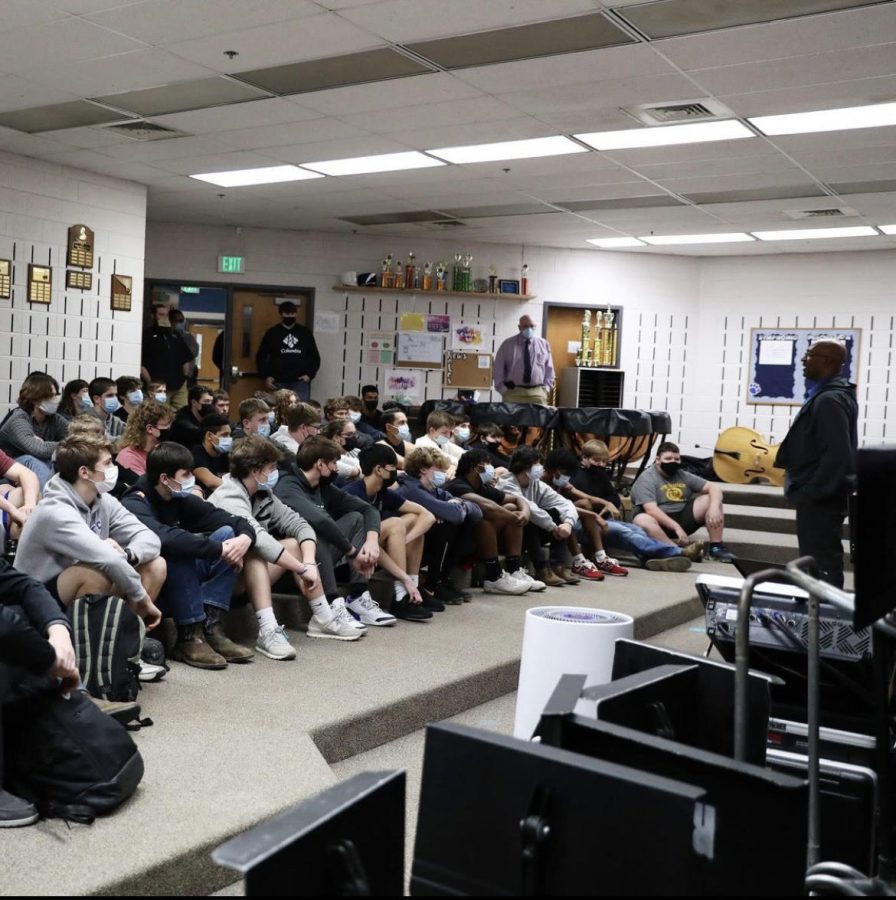 After the announcement that Mark Poston was stepping down from leading the RCHS football team, the first question to be asked was, who would be the next head coach? On Feb. 8, Rockbridge County High School announced that Martin Cox would be stepping up as the new head coach.

Cox attended West Virginia University where he played football. He has experience as a running back coach, a linebacker coach and as an offensive coordinator. In his first year at RCHS, he will be head football coach. Currently, Cox teaches at Jefferson Forest High School in Bedford, Va. Once this academic  year is over, Cox will move to Rockbridge County to begin his career leading the ‘Cats football team.

When asked, “What is your ultimate goal for the team at RCHS,” Coach Cox said,

“My ultimate goal for the team will be to make it the focus of a football program that sets the standard in the Valley District.” To add to that, “My desire is for this to be the type of program that players can’t wait to join, love to be a part of, and will truly miss when their playing days are gone”

Cox is most excited about, “working with the student athletes at a school which always seems to produce individuals with a competitive spirit. Also, the student body, staff, administration, and community all seem to be truly invested in supporting the students and athletic programs of the school.”

On Feb 21, Coach Cox came to RCHS and met with any returning/potential football players. He was there to talk about the upcoming season, when workouts are to start, and to give a little background on himself. Cox walked into a room of about 40 boys and was not let down at all.

“There seemed to be an entire room full of young men that were interested and excited about continuing to put in the type of work necessary for Wildcat Football to be successful.  I am big on first impressions, and I must say I walked away from that initial meeting feeling pretty good about my decision to accept the position at RCHS.” Cox stated.

“I’m going to miss being under Coach Poston but I’m excited for what Coach Cox could bring to the program. A new coach could do us good. I’m excited,” says Claytor. “He has a lot of experience and seems like a good person to take over the program.”

The Wildcats are looking for someone who can bring energy and a new spark to the football program. Cox has high experience in playing and coaching.

Junior slot receiver and safety Tucker Hopkins is optimistic about the new head coach as he will also be playing during his senior season under Coach Cox.

When asked how he feels about changing head coaches, Hopkins said “It makes me question all the chemistry the team had going last year but sometimes change can be a good thing.”

The ‘Cats lost a lot of valuable players, including starting quarterback, Miller Jay, at the end of the 2021 season. With a loss of players and a new head coach, there will be a lot of adjusting for the Wildcats.

The upcoming football season is sure to bring excitement and a new look on the football program.

“I hope that it will make Friday nights with the Wildcats the best ticket in town,” said Cox.