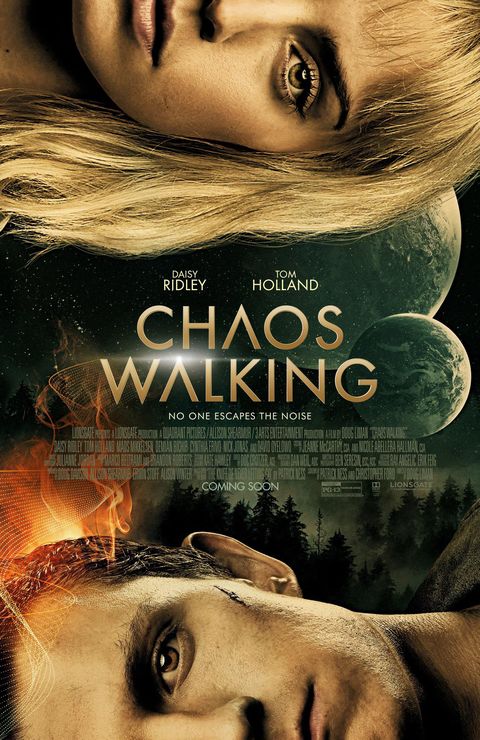 Based off of the bestselling series, the Knife of Never Letting Go written by Patrick Ness, Chaos Walking is set in a dystopian world where all men’s thoughts are presented in words, sounds, and images called “the Noise”. Todd, the main character, has grown up believing that the Spackle, a species that inhabited the planet before humans, released an infection that killed all of the women and gave the remaining men “the Noise”. He soon discovers an unusual area of silence, a girl being the source.  “The Noise is a man unfiltered, and without a filter, a man is just chaos walking,” said Ness.

Chaos Walking is an exceedingly engaging film and does not fail to keep a comical spirit. Even though critics rated the movie poorly due to missed opportunities from the books, Chaos Walking is still an amazingly well put together film with the cinematics and storyline. This movie also presents a controversial topic: the differences between men and women. The story shows how these differences can affect how the events of the film play out.

This film also presents a compelling set of actors including Tom Holland. Critics have increasingly noticed Holland’s potential as a leading character after the production of the MCU movies that Holland has starred in. Each of these movies has helped his popularity skyrocket, and together the films Holland has starred in have earned more than $6 billion at the worldwide box office according to The Numbers website. This popularity is highly useful to the film industry as the growing fanbase is eager to see his upcoming movies.

Chaos Walking portrays characters with ambitions and large obstacles to overcome in an efficient way which gives the desire to watch the movie again and read the series. Chaos Walking is an intriguing film and could be recommended to any teen or adult with a love for world building, dystopian settings, or simply remarkable films.