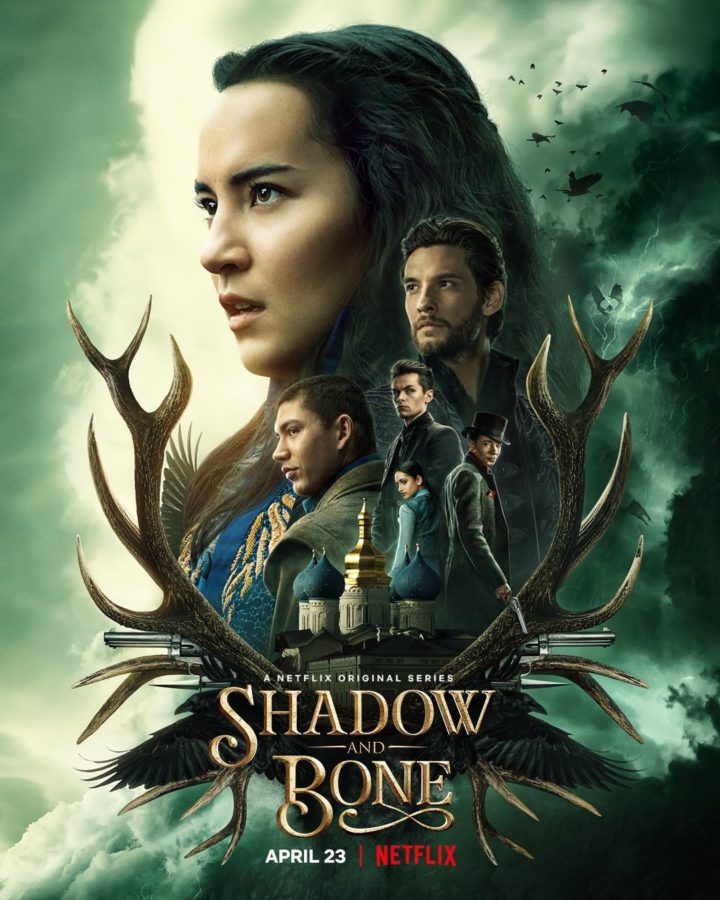 Based on the Shadow and Bone trilogy and the Six of Crows duology written by Leigh Bardugo, the Netflix original show, Shadow and Bone, takes place in a fantasy, worn-torn world. According to Google, the movie has an audience rating summary of 4.7 stars, 87% rotten tomatoes in critic ratings, and 90% rotten tomatoes in the audience score. Which I believe the show deserved the good ratings.

The Shadow Fold, a place explained to be utter darkness, is located in the middle of Ravka which was forced to be separated into East and West Ravka. Bardugo explained that “in fantasy, darkness usually operates as a metaphor. I wanted to make it a literal, physical thing. That idea became the Shadow Fold.”

Ravka’s enemies, the Fjerdians and the Shu Han, want the Fold to stay permanently because it assures that one part of Ravka has no way to get guns. Being stuck in an era before guns, the Grisha, small science users (as opposed to magic users) have to rely on their powers. This leads up to some considerably interesting fight scenes between the Grisha and their human enemies.

To my amazement, the show successfully weaves five different books into one Netflix series and connects different sets of characters into one beautifully written script. At first, I was worried the show would stray far from the books but most everything in the show is included in one of the books.

One part of the show I was excited for was the Crows. The Crows are a group made up of Kaz Brekker, a criminal prodigy, and his crew. The crew is, nonetheless, a group of chaotic seventeen year olds. Kaz Brekker and his crew are constantly pulling off heists— that is, if it earns Kaz Brekker enough money to change his and his crews’ lives.

Bardugo explained in the back of  Six of Crows what her readers could take from the book or from the characters. Bardugo said she hopes “that they find someone in the crew to identify with, that they see themselves in these messy characters who make mistakes but keep fighting.”

In the Six of Crows duology, the story is not told from one persons’ point of view like Shadow and Bone; rather it is told from a third person point of view and from different perspectives. Since the Crows’ story originally takes place two years after the Shadow and Bone ending, Netflix ultimately had to change their storyline to fit Alina’s. Though that is the case, the producers did not fail us, and I enjoyed watching any scene that included the Crows.

Though the show looks remarkable and follows the books closely, I was upset they called one of the characters by his real name, Aleksander Kirigan, rather than the Darkling. In the Shadow and Bone trilogy, you do not know his name until the last pages of the last book. Kirigan’s name was something he told only Alina as he had no one left besides her. He told her his true name in hopes of having someone who once loved him remember him as something more human rather than monster.

I was also disappointed by a certain missed scene from the book though I can not exactly blame Netflix as it is more limited when it comes to film rather than when it is in writing. The scene that I felt was lacking was when it is being proven that Alina Starkov is the Sun Summoner, the one person who has the power to summon sunlight. The Sun Summoner is the person destined to save Ravka from the Fold. In that moment, the Darkling (General Kirigan) creates a dark atmosphere, one that I would compare to the feeling of the Fold (amazing foreshadowing), and makes Alina use her power to “shatter” the darkness.