How Conflict in Eastern Europe is Affecting Life at Home 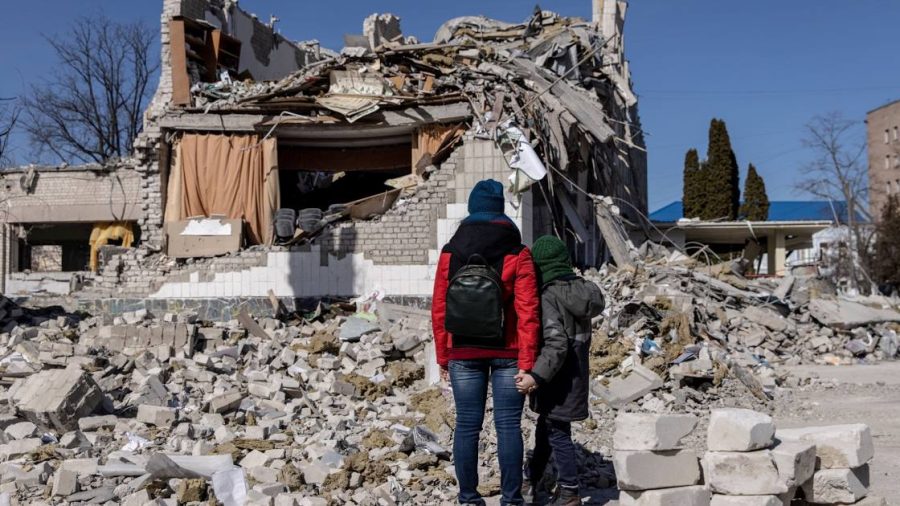 Russia began a full scale invasion of Ukraine on Feb. 24,  2022, escalating the ongoing Russo-Ukrainian War that began in 2014 with the invasion and seizure of Crimea. This escalation into full scale war has led to instability not only in Eastern Europe but around the world.

In 2014,Russia invaded Ukraine for the first time, Russian president Vladimir Putin and his government claimed that it was within their rights to do so. After the Russian backed Ukrainian government fell in early 2014 to pro-west protesters and a new government was instituted, the Russians claimed they had to protect their people still in the country and took Crimea. This sparked fighting in eastern Ukraine that has yet to cease.

After the invasion in 2014, many nations including the US put sanctions on Russia with hopes that they would back down. These sanctions affected the US economy with rising prices on different goods. The Russian invasion also impacted our foreign policy strategy abroad, for years after the Cold War the West and Russia had a mutual respect for each other and the annexation of Crimea forced the US and its allies to rethink their policy towards Russia. Fighting has continued in eastern Ukraine with building tension in the region for the past year. On the global scale though, things calmed down.

Almost eight years later and war in Ukraine has begun again. This time Russia has ramped up its forces in an attempt to invade Ukraine completely. This invasion is the biggest on a sovereign state in Europe since World War II and the west was outraged by the seemingly unprovoked attack. Weeks of warning Russia to back down forced the hands of leaders in the west when Russia went through with the full scale invasion. Soon after news broke of bombs dropping and troops entering the nation, countries began putting sanctions on Russia.

In the United States President Biden used the IEEPA to place sanctions on Russia including stopping or limiting trade and financial transactions in Russia and the breakaway territories in Ukraine. He blocked government officials’ assets and froze Russian oligarchs’ funds. The US is also taking steps to block Russian banks from iterating with other international banks. The most dramatic and substantial hit Russia is taking is the joint statement the US and its allies released promising to prevent Russia’s central bank from accessing its substantial foreign exchange reserves. A step that will severely reduce the country’s ability to stabilize its currency, compensate for its lack of access to global debt markets and in the end, stabilize its economy.

These sanctions while crucial to stopping Russia’s advance into Ukraine will not come without consequences for the US and its citizens.

In Lexington we are already feeling the effects of more expensive energy as gas prices rise to $4 a gallon and diesel prices to $5. They could continue to grow as energy supplies in Europe are pinched more and more and the global market prices increase. Other industries are also likely to feel the sanction’s effects. This could mean prices in other markets will potentially be on the rise as well. The stock market is also fluctuating as markets were not prepared for war in Europe, which could hurt the economy for a short period of time. Another way Russia could strike back on the sanctions is through a cyberattack on the US. On the humanitarian front, the conflict has already sparked a refugee crisis unlike anything we’ve seen in Europe in years.

With talks beginning between Russian and Ukrainian officials there is hope that the war will end soon or at least the Ukrainian people will be spared from the crisis. In the US, citizens can help by donating Care, Doctors without Borders, Global Giving, The International Committee of the Red Cross, and many other organizations that are on the ground offering help.