What Causes People To Believe In The Supernatural? 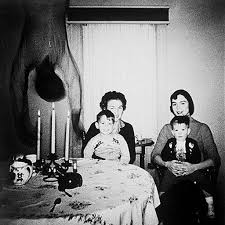 The belief in ghosts has become one of the most popular paranormal beliefs. Research from Newsweeks.com shows that one out of every five Americans believe that they have seen, heard, or interacted with a ghost. Plenty of spooky images and videos surface on YouTube and Tik Tok that also give support to these beliefs. TV shows surrounding paranormal investigations are often seen on the History channel.

While research shows that faith in Orthodoxal religions are declining, people’s belief in the paranormal are soaring. Even if there is no solid scientific evidence to prove that the supernatural exists, many people still believe in it. So the question is, why do people believe in ghosts?

To start, many people believe that they have had paranormal experiences. According to yougov.com, with 45% of all Americans believing in ghosts, it is not uncommon to hear a tale or two from people with their own ghost stories. I recently talked with a friend who said that they can hear the sounds of knives sharpening and kitchen appliances randomly turning on in the middle of the night at their house.

A person’s sixth sense also contributes to people believing that they have had a paranormal experiences. Proprioception, also known as your sixth sense, refers to your brain’s ability to sense movements, locations, and actions around you. For example, your brain knows when someone or something is watching you, even if you cannot see it. That kind of phenomena  is your sixth sense being activated. Some people believe that they have had paranormal experiences solely off of having that feeling of being watched.

Many people also pick up on the energies around them. If you have ever walked into a space and can immediately tell that something is off, then you have picked up on the energy in that area. People say that they can sense paranormal activity around them just by the vibe that a place gives off.

Another popular thing in our world today is ghost hunting TV shows. Many people solely base their beliefs about the paranormal off these even though the credibility of said shows are debatable. The premise of  these shows is that a team leads a new paranormal investigation every episode and are only made to keep audiences engaged. These people stay at a haunted location for a day, and come out with “evidence” that shows ghosts are real. Normally, a paranormal investigation would take weeks to months. Sometimes, little to any evidence comes out of these investigations.

Even with no evidence, I believe that the supernatural could be real. Quite a few times before, I have felt the feeling of being watched, but when I looked, no one was there. I have walked into seemingly normal places before,gotten a weird vibe from them, and found out later on that events had happened there. I have been to places where I have been alone, and I have recorded unexplained sounds and even taken pictures of human shaped figures. While the existence of the supernatural may never be proven, it is always an interesting topic up for debate.